"It is amazing the impact Modern Niagara had on our community today! Thanks to your team a total of 3,575 lbs of potatoes and onions were sorted and packed, ready to share with the community. That is equivalent to 6,575 meals being supported in our community today - thank you!"
- Laura Hickerson, Food For Life, Burlington, ON 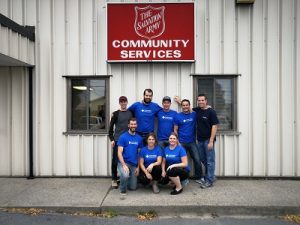 “It was a great, great day!” enthuses Chris Hill, executive vice president of Modern Niagara. “I was absolutely humbled and overwhelmed by the level of participation, and thankful to be part of a team that is so willing to give back.”

Modern Niagara is a member of the Electrical Contractors Association of Ontario, an association known for its charitable giving.

Hill continues, “Considering this is our first event on this scale, it absolutely exceeded our expectations. My email inbox is clogged with messages from participants who were really inspired by the day or just wanted to say ‘thanks’.”

Hill, who helped spearhead the Community Day initiative, is quick to mention that the work of many people helped make the day possible.

“During the planning stages, we had an organizing committee that did a lot of work to ensure this would all go smoothly. They worked with our charities to ensure their needs matched our abilities, and made sure each charity location had a site lead. The IBEW and UA gave us their enthusiastic support, which helped increase our person-power. I was so impressed with the number of volunteers who made time to help out.” 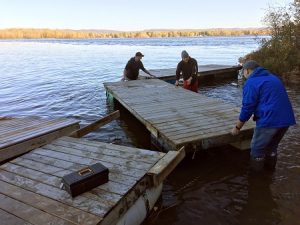 Hill spent Community Day at Camp Woolsey, a Girl Guide camp just outside of Ottawa. Together, the volunteers took canoes and docks out of the water for winter storage, cleared trails (including chainsawing downed trees from the recent tornadoes), and repaired drywall and doors.

“One of our service techs brought his truck and his tools with him, so he serviced their air conditioner,” notes Hill.

Jessica Mills, long-time supporter of Camp Woolsey and Modern Niagara service dispatcher, sent in an email, “You all went above and beyond any expectations I held – including our record timing on bringing in the docks and canoes. It was an amazing day with exceptional people who pulled together and helped shorten a sometimes lengthening list of repairs and chores at this site.”

What made the biggest impact for Hill? “The fact that no one was standing idle. Everyone kept coming up to the site leader and asking ‘what can I do next?’.”

The Ottawa employees were joined by 20 young volunteers from the Blue Sky School, which is sponsored by Modern Niagara. With an innovative project-oriented learning format and a curriculum that emphasizes science, math, language skills and entrepreneurship, the school also promotes the trades as a viable first career choice.

“This country is built on the work of our great trades,” says Hill. “Community Day is an opportunity to do something meaningful for exposure of these students to the trades.” 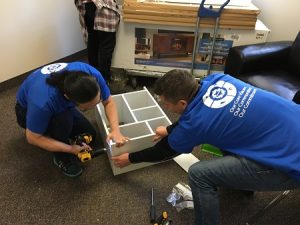 Laura Hickerson, from Food For Life in Burlington, said in an email, “It is amazing the impact Modern Niagara had on our community today! Thanks to your team a total of 3,575 lbs of potatoes and onions were sorted and packed, ready to share with the community. That is equivalent to 6,575 meals being supported in our community today – thank you!”

“We had a super productive day at the garden!” said Gina LaPointe of Orleans Community Garden. “They built a huge composter, mulched flower gardens, cleaned two big garden sheds, picked up garbage, weeded, and moved stones and a lot of garbage to the curb for pick up. It was a huge help to us in preparing the garden for the winter.”

“It was such a fun day at Pegasus will all my co-workers together,” said Matt Clough, an electrical estimator with Modern Niagara, who volunteered at the animal sanctuary. “We all felt a sense of accomplishment with the finished product, and felt we were doing good for a deserving organization. It was a great experience giving back to the communities in which we live!” 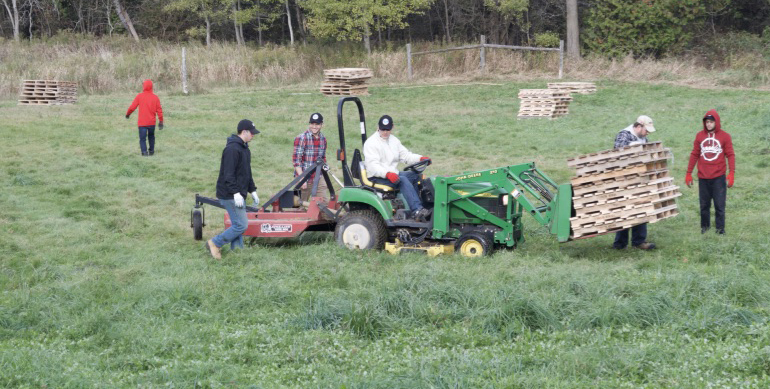 In Ontario, the participating charities were:

Charities Chosen by the Entire Team 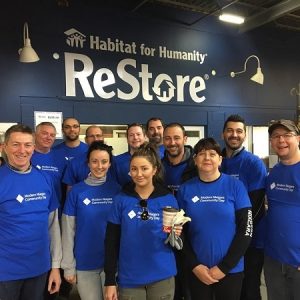 Part of the success of the event could be attributed to the fact that the employees and contractors all helped choose the charities.

Initially, anyone from the team was able to nominate a charity. Once the feasibility was confirmed and the charity agreed to participate, the charity was added to a pool of candidates.

A final vote determined the group of charities for every city. The Modern Niagara team made sure there was a selection of charities, so that people could factor personal passion and travel times into their decision.

As a multi-location company that does commercial and institutional construction contracting, it wasn’t easy for Modern Niagara to interrupt their projects. Part of the organization work involved rearranging schedules so that the volunteers could devote a day to helping their communities.

“We had to make sure the lights stayed on,” says Hill, “so people worked additional time before Community Day, or even came in during their days off. Our employees all had to put in some sort of extra effort to make this happen.”

Looking Forward to Next Year

With so much positive reaction, Hill and his team are definitely intending to have another Community Day in fall of 2019. The exact date is still to be determined.

“It went smoothly, we supported a lot of great charities, and we had a lot of fun,” says Hill. “We’re definitely inspired to do this again.”

HIRE AN ELECTRICAL CONTRACTOR IN YOUR AREA
Previous
Next