“One day you drive by that building and think to yourself - I was a part of that."
-Kim McQuhae, IBEW Local 303 Member

IBEW and ECAO employers focus on safety and training.

It is hard to know when Kim McQuhae sleeps.

When she isn’t managing her farm or making award-winning jams and jellies, she’s out pulling cable – a career she loves.

Speaking from her home in Niagara-on-the-Lake (NOTL) where she raises cattle, the IBEW Local 303 member is proud to talk about her career as a network cable specialist.

“I absolutely love it,” she says. 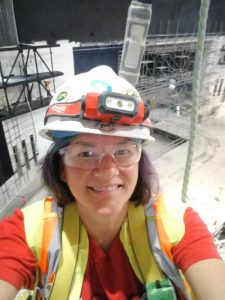 “It’s different from an electrician. We do not deal with live wires. But being able to read a print, using some common sense and having a little bit of strength as sometimes you are pulling cable a long distance,” she says.

McQuhae discovered this opportunity by “fluke” when she was told about a job opening in construction back in 2011. As an emerging new trade, she was excited to be part of something new and exciting. The well-paying position is now in great demand by employers due to the growth in new technology.

“My first day on the job happened the day they were introducing the DAS system, so I was learning with anyone else,” she says. That led to an apprenticeship offer and a career that has allowed her to experience different job sites, working everywhere from Joseph Brant Hospital to the Niagara Falls Entertainment Centre. 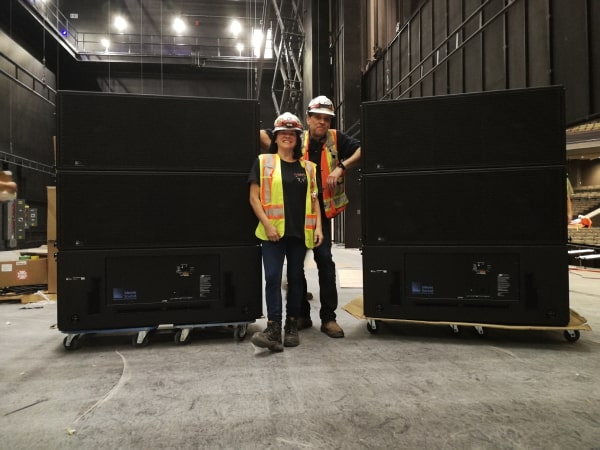 “Watching that theatre come to fruition was very cool,” she says.

Mark Cherney, business manager for Local 303 says she is a great asset to the IBEW.

“Kim is an incredible example of perseverance and success. We are truly grateful to have her as part of our IBEW family,” he said.

While it is still a male-dominated profession, she says she has found her co-workers to be supportive. Other than occasional challenges around washrooms, she says there haven’t been issues being one of only a few women working on job sites. 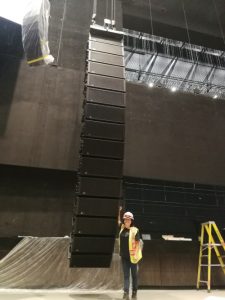 “I never had any problems personally. I have worked with people with a lot of experience and they have been very supportive and accommodating,” she says. She also stressed that being part of the IBEW was a great advantage with its high focus on safety and training.

“I’ve had great employers too. Plan group is very organized, gets things done, and you feel good about what you accomplished,” she said.

She does admit that people do often seem surprised by her career choice.

“I walked into a grocery store wearing my PPE and was asked if I was a crossing guard. Some people just assume because I am a woman, that is all I can do and when you tell them what I actually do they are surprised,” she said. 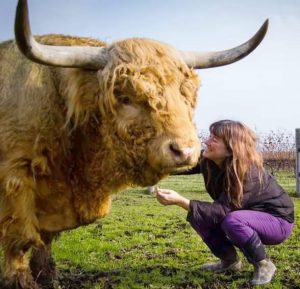 To describe her days as busy would be an understatement. She rises early each morning, and before she heads to a job site she focuses on her farm. Other than raising and showing cattle at fairs, she also makes 200 different types of jelly, winning awards every year at the Royal Winter Fair.

But her career as a networking cabling specialist is something she is particularly proud of and she enjoys the opportunity to work on different job sites.

“It’s fascinating watching a larger project go from bare-bones to completion and then one day you drive by that building and think to yourself – I was a part of that.”