“I’ve been in the business for over 30 years. You can hire inexperienced workers for less, but you’re just not going to get the same level of workmanship or the same level of seriousness when it comes to safety. Who wants to compromise on public transportation?”
- Kelly Burke, President, Ampere Ltd.

Yet few may appreciate what happens behind the scenes to ensure such a massive and complex initiative is completed properly, safely and on time.

“To date, we are on track both from a budget and timing perspective. But most importantly we also make safety and proper training our most important priority,” says Kelly Burke, President of Ampere Ltd. His company is a member of the Electrical Contractors Association of Ontario (ECAO) and exclusively utilize high-calibre electricians from the IBEW Local 353.

“Our IBEW electricians are highly educated and professional which is why we have a long-standing relationship with them, having worked on many of the city’s largest projects together,” he added. 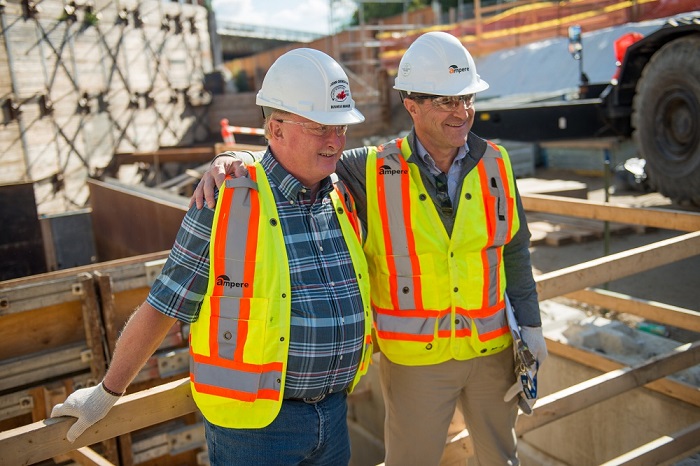 Ampere Ltd. is responsible for the power for three stations and supplying power for the tracks while the line is being built. In the end, the project will connect three subway lines, 54 bus routes, several GO Transit lines, and the Union-Pearson Airport express. It will be able to carry up to 15,000 passengers per hour per direction. It will also be wheelchair accessible, and use proven technology to withstand Toronto’s climate.

In summer 2016, the tunnels for the eight kilometre underground portion were completed, and the work of building the stations and laying the track began. That’s when Ampere Ltd. got involved.

“I’ve been in the business for over 30 years. You can hire inexperienced workers for less, but you’re just not going to get the same level of workmanship or the same level of seriousness when it comes to safety. Who wants to compromise on public transportation?”

“Let’s face it, together, we’re the very best of the best in our industry. Toronto is getting installation and operation worry-free,” he added.

“Crosslinx has a commitment to supporting the community, and providing apprentices with the opportunity to gain valuable experience,” said Donna Scrimgeour, Aecon’s Project Manager for the Mount Dennis station. 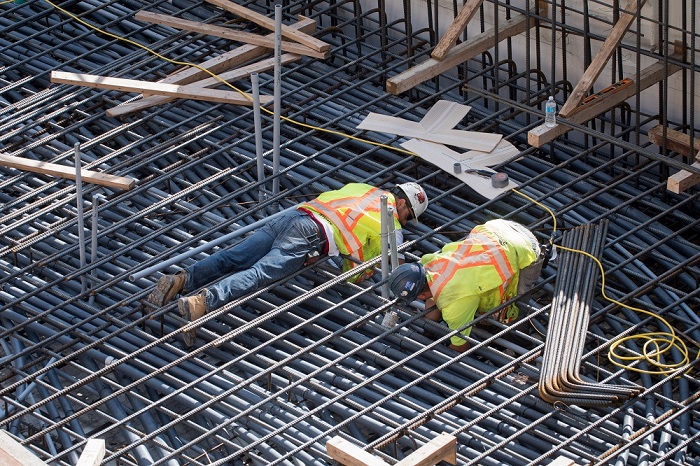 Safety is a top priority at the Mount Dennis construction site, so that electricians can concentrate on getting the job done.

For massive infrastructure projects, any accident can not only be tragic, but can lead to costly delays that can affect the entire project.

“Ampere Ltd. has had no lost time incidents on this project, and in fact we’ve been injury-free for the past two years. There’s simply no other contractor in the world that can match the safety record of the IBEW-ECAO.”

As an organization, Ampere Ltd. invests hundreds of thousands of dollar on safety training and equipment every year.

“We want our electricians to enjoy their work every day and go home to their families every night. When workers know you’re concerned for them, they become concerned for you.”

Safety is a Two-Way Street

Paul Cameron, a journeyman electrician with IBEW Local 353, has seen a lot in his 33 years of experience.

“It feels really good to work on a project like this,” he says. “About 20 years ago I did a TTC job, and this is reminiscent of that work, but really it’s changed a lot over the years, with the technology.”

With advances in technology, safety has become more important than ever. “Since I started, safety has really come forward a lot,” says Cameron

Fifth term apprentice Chris Dilauro (also from Local 353) agrees. In fact, the emphasis on safety is part of what he likes about working with ECAO contractors.

“Absolutely. You always feel safe, and no one makes you do anything that they wouldn’t do themselves. If there’s anything that needs to be addressed, it gets addressed,” says Dilauro.

Workmanship Toronto Can Count On

In 2021, the system will come online and begin its role in enabling the movement of millions of Torontonians every day. The new system will bring greater efficiency to their lives, making Toronto a more efficient and livable city.

“We are proud that this subway system will run flawlessly for hundreds of years to come,” says Burke. 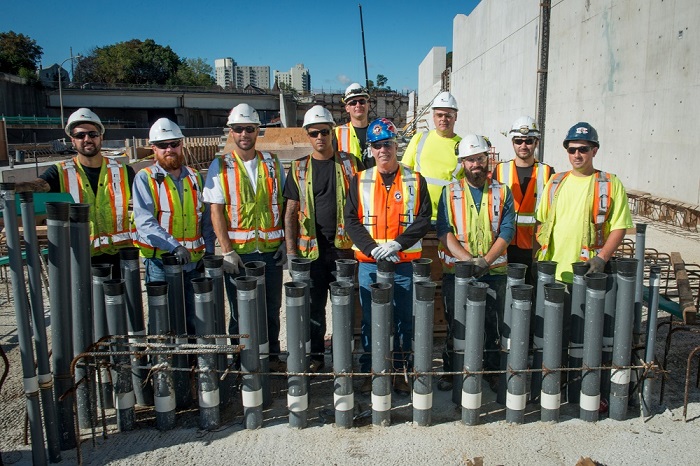