“Everything is much more complex now, so it’s important to ensure the electrical contractor is brought into the project early and that they have employees with the right skills to do the work.”
-Tim Birnie, Owner of Birnie Electric and Electrical Contractors Association of Ontario (ECAO) Board Member

Tim Birnie has watched how the electrical contracting industry has evolved over the decades, and while modern technology has its advantages, it can also mean more challenges.

“Even general contractors know they need us early,” says Tim Birnie, owner of Birnie Electric and a board member of the Electrical Contractors Association of Ontario (ECAO). The ECAO  represents a broad range of unionized electrical contractors throughout Ontario, providing access to the latest research and trends as well as advocating for high safety and training standards within the province.

His father incorporated the business in, 1967 and Tim joined the company after university, unfortunately at a time when business was slow.

“We had no work; interest rates were crazy, and I was getting married. My dad said don’t worry, it was a blip, and sure enough, within a year, things took off,” said Birnie.  Since then, the company has continued to provide electrical contracting services for major infrastructure in the GTA and beyond.

When his father retired, Birnie took over the business but has preserved the qualities that made it a success.

“He is 92 now but was known as a no-nonsense type of man, with great integrity, always polite and respectful but demanding,” says Birnie. Being a leader is also important.

“We were one of the first companies to start using battery-operated drills which made such a difference for workers, allowing them to work more easily and efficiently and easier on the arm,”  he said.

Since then, there has been an explosion of new innovations ranging from AutoCAD, BIM and REVIT that have changed the way electrical contractors layout their work.

“I remember the days when we did our drawings (drafting) by hand,” he recalls. 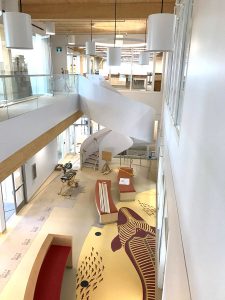 While advances in technology have great benefits for the customer, it also means it is more important than ever to hire someone with the experience and knowledge to do it right.

“Everything is much more complex now, so it’s important to ensure the electrical contractor is brought into the project early and that they have employees with the right skills to do the work,” he said.

He cautions on focusing on the lowest price but instead ensuring the work is done right the first time.

“The notion to go out and get eight quotes to find the lowest price and cut to the bone has gone out the window. The work has become so complex,” he notes.

He also says partnering with the Local IBEW ensures he has the best-trained workforce who are prepared not just for today but for the ongoing advancements within the trade. There is also a high priority on training.

“I think the best change that has come about in the industry is the increased focus on safety. It may mean projects take a little longer, but it’s for the best,” he said.

Although work keeps him busy, he says it can be very gratifying when the project ends.

“We build a lot of community centres, and nothing gave me a better thrill than going to a grand opening of an arena and seeing the kids come and play. Looking at those big smiles on their faces was very satisfying,” he said.

He admits that people may not realize the impact that electrical contracting has on people’s lives.

“I realize it was a pain for many people living near Eglinton during the light rail transit construction, but it will improve the environment, take cars off the street and shorten commutes for people,” he said.

As he looks to the future, he expects to see some types of projects change.

“I think many malls will be repurposed with so many people now used to going online instead,” he said.

His forecast for the future?

“I am very optimistic. The government has made a lot of investments in infrastructure, so there are a lot of big projects on the horizon.”

ECAO contractors and their certified IBEW electricians connect the modern world we live in.